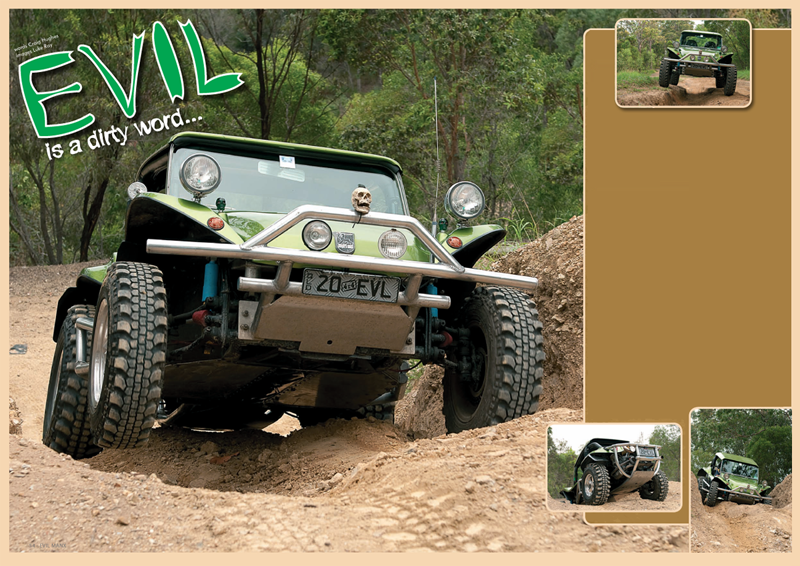 Kurt Bogholz firmly believes that if you’re going to register a VW then make sure you get your money’s worth with a vehicle that can go anywhere. This philosophy was born of 4WD parentage, with Kurt’s mum and dad always taking the family away on numerous offroad adventures. In their retirement and on their own, Kurt’s parent’s adventures continued, although slightly more bitumen orientated with a Toyota Coaster bus taking them around Australia. When home between journeys, though, they scooted around in a yellow Meyers Manx buggy, which of course Kurt and his brother Gunter were left to play with when their parents hit the open road again - the brother’s love affair with buggies had begun. When Kurt moved out of home and up to Port Douglas he accumulated his own Manx stash, collecting 8 buggies in the 8 years he lived in the tropical north. Eventually, he shifted to the Gold Coast (buggies in tow) and shortly after he and Gunter teamed up and bought the VW business VolksMod from Darrel Yates.