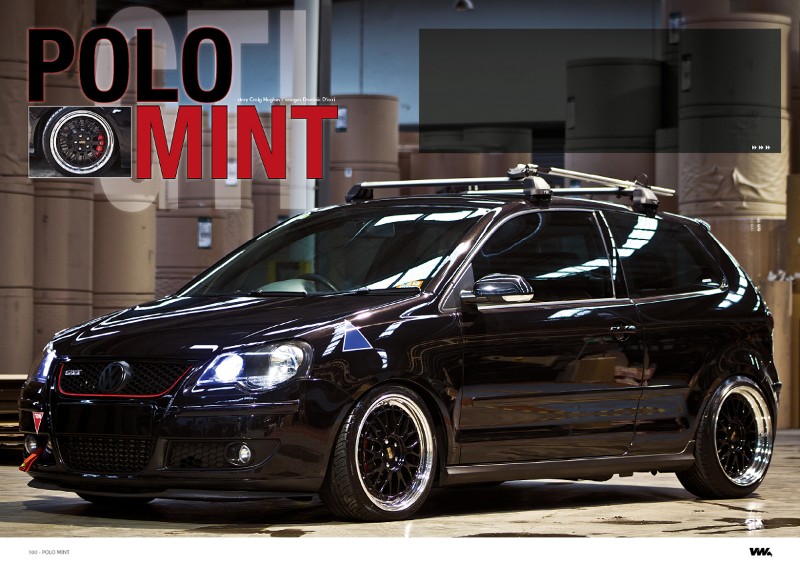 Car enthusiasts need their own syndrome. In a world where everything from medical conditions to social ailments are labelled and described, it seems only fair that those who exhibit the symptoms of pouring money and time into their cars should be recognised. Possible suggestions could run along the lines of 'Automoneypit Syndrome', 'Mycarismylife' Syndrome or perhaps 'Ididn'tknowwhentostop' Syndrome! We all know someone who suffers from one or all of the above, and before anyone points a finger, Troy Hagan will self-confess, with his 2007 9n3 Polo Gti the most recent example of his condition. Troy has owned and modified a variety of small cars, including Datsuns, an Astra Gsi, Integra and a VR6 Golf, so he is well versed in 'hot hatch' culture and had always harboured the desire to own a Volkswagen of that calibre.