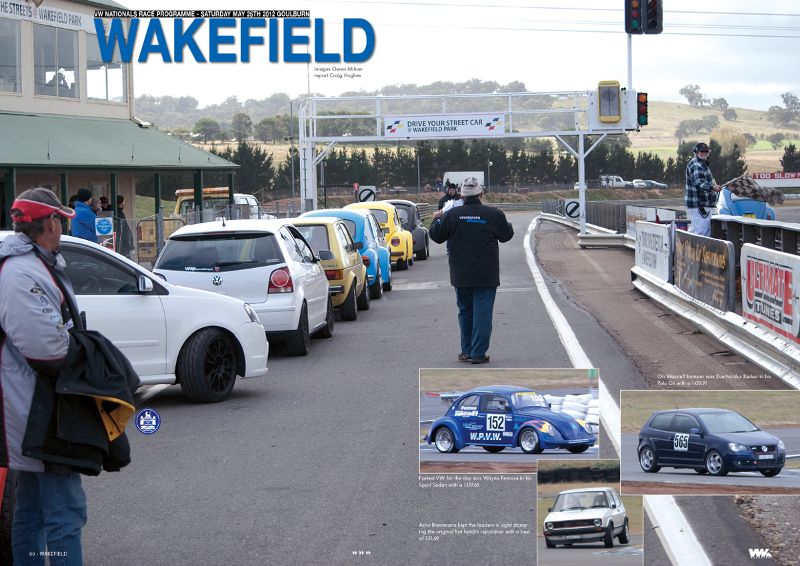 It was Goulburn, it was cold, damp, and overcast, but the VW Nationals race programme for Saturday at nearby Wakefield Park was about to heat things up! Run as a timed sprint event (competitors compete against the clock, not each other - although some needed reminding), the day was hosted by Club VW running under CAMS regulations. Open to all makes and models, the 55 entrants were mainly comprised of VWs. Although rain (and reported sleet) threatened to make track temps even cooler, the day remained largely fine, and competitors had an uninterrupted 4 hours to challenge themselves around the 2.2 kilometre circuit.